The Fondue Guide for Immigrants

In the cold season there is nothing better in Switzerland than to invite a few friends and enjoy a fine cheese fondue in convivial company. With this Fondue Guide you will learn the most important technical terms and rules of conduct in no time at all. To round off the tour, I will also present you with the most popular fondue mixtures.

The term fondue comes from the French and means melted. Other fondue-related terms are also strongly influenced by the French. Cheese fondue has its origin in the Western Alps, somewhere in the area of French-speaking Switzerland, Savoy (France), Piedmont (Italy) and Valle d'Aosta (Italy). Where exactly it is not clear.

Everyone probably knows the usual table manners. During the cozy fondue chat there are a few additional rules of conduct. Those who do not want to attract unpleasant attention should observe them.

Losing the bread in the cheese pot is considered a serious mishap. Depending on the round, this misstep is also penalized. The punishments range from throwing a round, drinking a schnapps or getting up and singing a song. The Asterix comic "Asterix with the Swiss" has captured this unfortunate situation perfectly. 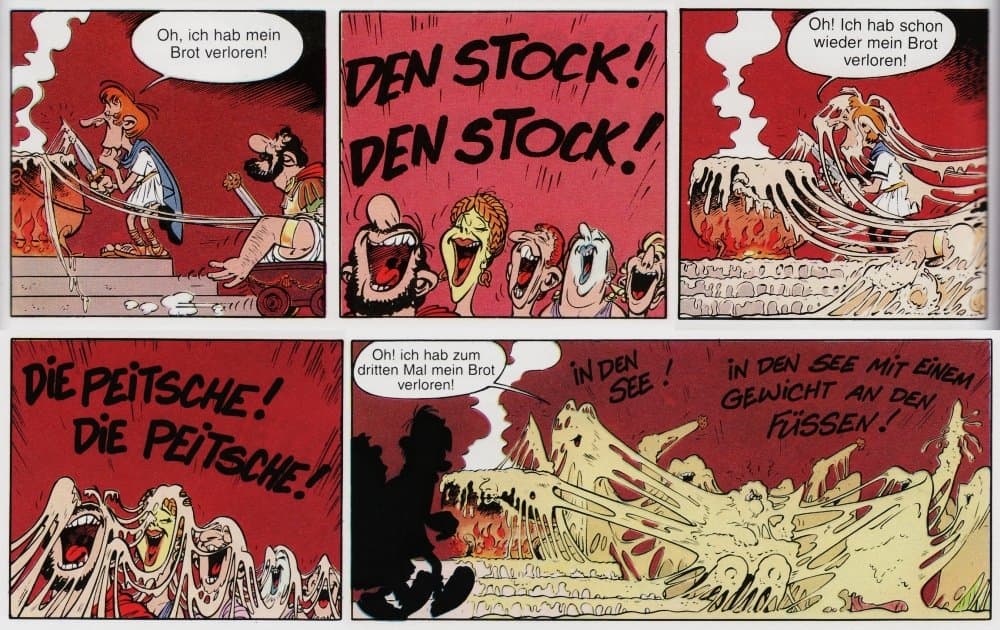 You can't just push someone's bread off the fork. To prevent this from happening, stir carefully. It does not matter in which direction the bread is stirred. The main thing is to come to an agreement and everyone stirs in the same direction. Either clockwise or counterclockwise. Which direction does not matter.

Extra raising the flame to quickly form a Grandma (Grossmutter / crust) at the bottom is a no-go. The fondue gets too hot and separates too quickly. A good cheese crust takes time. For lovers, the end of the fondue is a hot fight for the grandmother. But be careful, reckless scratching at the bottom will not bring joy to the owner of the caquelon.

Too much kirsch (schnapps) in fondue is not everyone's cup of tea. Therefore, be economical when preparing with the cherry. This does not make the fondue round any more fun, only the taste suffers. It is better to serve extra kirsch with the fondue than a schnapps.

It is important to drink a lot with the cheese fondue. Usually dry white wine or tea is drunk with the fondue. These two drinks have an excellent taste and help with digestion. Those who do not drink enough can end up with the cheese lying heavy in their stomach.

The most popular cheese-fondue mixtures

The basic ingredients of a cheese fondue are practically always the same: corn starch, white wine, cherry, garlic, pepper, nutmeg and of course cheese. The decisive difference is the type of cheese used. Everyone has their own favourite and the choice is huge. In the following I will list the most popular blends:

What's new on the blog